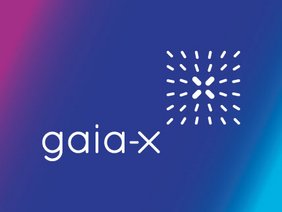 The Freiburg-based IT company highQ Computerlösungen is one of the "Day 1" members of the non-profit organization GAIA-X AISBL, which was founded at the end of January. This is intended to drive forward the development of a European data infrastructure and thus create a data protection-compliant alternative to cloud services from major international providers.

"We've been involved from day one," says a delighted highQ CEO Thomas Hornig. "But we've actually been working with GAIA-X for several years." Until now, the European initiative was officially limited to 22 founding members - large German and French technology companies and research institutions such as the Fraunhofer-Gesellschaft, Siemens, Deutsche Telekom, EDF, Orange and SAP; the newly established institution is now also open to around 300 other members from Europe, Asia and the USA, including many medium-sized companies like highQ, which are expected to benefit particularly from the GAIA-X infrastructure.

This is because it is primarily small to medium-sized companies that generally cannot afford their own server farms and are therefore dependent on cloud services from major international providers such as Amazon or Google. However, as a ruling by the European Court of Justice last year shows, it can be problematic to transfer personal data to countries outside the European Union if it is not adequately protected against unauthorized access there. According to the European General Data Protection Regulation (GDPR), such cases can result in severe penalties of up to four percent of annual sales. For highQ, it was clear even before the court rulings that it was better to store data in secure environments, so the IT administration team led by Martin Jäschke, which looks after and hosts almost 200 customer servers, had already started looking for alternative solutions early on. In order to be able to continue to offer economically viable solutions in this area, highQ hopes that the GAIA-X initiative will lead to concrete measures in the near future.

A DSGVO-compliant infrastructure would help remedy this situation. "We want to develop a secure cloudspace alternative for European companies," says Thomas Hornig, explaining GAIA-X's goal. The software platform, which Hornig has personally helped to design over the past few years, is intended to enable secure data exchange and guarantee data sovereignty - that is, each user can determine for themselves what happens to their data and who gets access.

As an international, not-for-profit organization, the Brussels-based GAIA-X AISBL is now expected to continue previous developments within the expanded group of participants. "As a Day 1 member, we will continue to be actively involved," underlines highQ CEO Thomas Hornig. The focus of highQ's involvement will be on digital business models in the field of mobility, in which highQ has extensive expertise.

GAIA-X is a digital ecosystem that is jointly developed and regulated by its members. The goal of the project is to create a secure and trusted environment for the exchange and storage of data. The resulting infrastructure is intended to serve as a basis for innovative, data-driven business models and enable European companies of all sizes to compete globally. The official sponsor of the project is the international non-profit organization GAIA-X AISBL (Association internationale sans but lucratif), which was founded at the end of January 2021 and involves around 300 other companies from Europe, Asia and the USA in addition to the 22 founding members of the GAIA-X initiative. www.data-infrastructure.eu